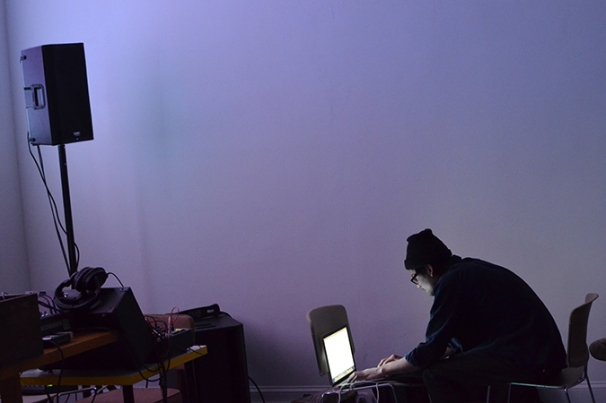 Michael Flora is a Minneapolis based sound artist. His interest is in the exploration of sound via research and artistic practice. Through performance, installation, and recording he creates pieces that examine sonic morphology, spatialization, and human perception. Since 2011, he has curated the experimental and sound art label Nada. He also hosts a monthly podcast as a member of the Aural Complex collective.

Jason E Anderson is a Seattle-based artist whose work includes performance, recorded works, video, installation, and music for dance. He creates sound using analog and digital synthesis techniques, acoustic recordings, programming and text. Anderson performs and records music under his own name, under the moniker Spare Death Icon, and in the collaborative performance art/music hybrid LIMITS with dancer/choreographer Corrie Befort. He also publishes the work of his contemporaries on his experimental record labels Gift Tapes and DRAFT. Anderson’s recorded work can be found on these labels, as well as Locust, Digitalis, Aguirre (Belgium), SicSic (Germany)and Börft (Sweden).

RM Francis is a computer musician living in Seattle. Since 2011, he has offered a molecularized account of possibilities within digital synthesis through live performances and recorded output. Deploying contemporary techniques as well as strategies drawn from the history of computer music, his works interrogate the boundaries of musical form. His cassette release Hyperplastic Other is forthcoming on Nada.